Thank you! One of our team members will get right back to you.
Oops! Something went wrong while submitting the form.

Hello, do you want to know more about the implementation of a mobility budget?
Read the Luminus case and discover how they provided flexible mobility options to their employees!
FR
NL

For years, many workers have relied on the company car. But times are changing and more sustainable alternatives are gaining traction.

Statistics show that company cars remain in heavy use in Europe. However, a 2020 report by the Brussels-based Transport & Environment explains how these vehicles contribute to pollution and climate change.

The report goes on to explain that vehicle taxation is the main reason behind the company car market. It suggests the EU could reform “benefit in kind” taxations, VAT, and depreciation write-offs to encourage workers and corporate fleets to switch to electric-powered vehicles.

As the stats show, the company car isn’t on its way out quite yet. However, the work commute is showing signs of evolving. Let’s explore how.

How the commute is evolving

For a long time now, employees have thought of their company cars as a perk, and employers often use them as an incentive. Nevertheless, business owners and commuters alike are realizing the need for a different approach.

With this realization, we’re seeing three distinct trends in commuting:

Telecommuting is becoming more popular as commuters tire of the daily traffic jams or the long train journeys to work. Research from the European Commission shows the numbers of those working from home have increased steadily over the years—yes, even pre-pandemic—and there’s no sign of this trend abating.

The research also indicates the number of employees who work from home occasionally has seen an increase. According to the stats, more women stay at home than men, and remote working is common among older workers.

Another trend we’re noticing is the so-called super-commuters.  According to research, an increasing number of workers live in one European country and commute to another. These commuters will often catch a flight or a Eurostar train to get to their destination.

Although this approach may seem time-consuming and exhausting to some, super-commuters cite quality of life, family life, and affordable housing as some of the many reasons they choose to travel this way.

A further upward swing among commuters is cycling. It’s becoming increasingly popular in a number of countries, and a quarter of Europeans say they’d commute on an e-bike.

There have been several European initiatives to get workers out of the company car and onto bicycles. For instance, governments in France are investing in cycling infrastructure. Italy is subsidising bicycle purchases, and Germany is seeking federal support. These efforts should further encourage bicycle use.

Reducing commuting and dependence on the company car

As research demonstrates, one of the biggest issues in reducing commuting is changing workers’ behaviour. For example, while employees say they’d use a carpool, only a few of them sign up to take part, even when offered incentives.

Reasons are numerous but employees mainly had difficulties stepping away from commuting because of:

Changing habitual behaviour is more than tricky but not impossible. In order to get workers to change to a non-car solution, we have to lead them to a smooth transition into sustainable modes of mobility.

The answer might not be as difficult as suggested. Skipr aspires to offer employees more options and the imminent freedom of choice to go for whatever solution is handy at the time.

The mobility budget: A flexible choice for commuters

If we’re encouraging more commuters to switch away from the company car, initiatives need greater flexibility. That’s now possible with the mobility budget.

Rather than giving commuters one choice, the mobility budget offers employees greater flexibility, meaning they don’t need to change their existing habits, per se. For example, if a worker has a company car, they can use the budget to switch to an electric vehicle.

Workers can also use budgets for:

This way, the budget considers personal preferences and lifestyle, giving employees an advantage over earlier the Cash for Cars scheme.

The mobility budget and the future of the company car

It’s still early days for the mobility budget, so it’s difficult to say how well it will catch on. However, early signs are good—it’s gaining popularity in Belgium.

As more employers and workers realise the benefits of this approach, it’s likely that the concept will gain more momentum and catch on worldwide.

Also feel like a new time has come for corporate mobility? Want to be a part of it? 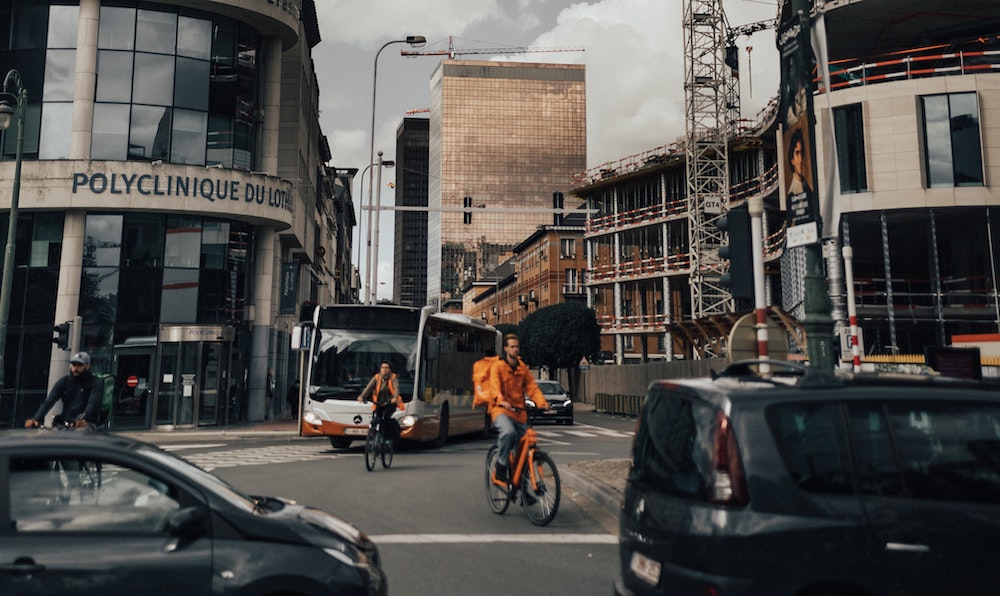 The Mobility Budget - An opportunity to Engage

Whilst we continue to face the challenges surrounding the spread of COVID-19, it’s time to move forward on defining a new mobility for your employees to be ready for when we regain the freedom to m...
Mobility Budget, Mobility

Everything about the mobility budget!

On April 2 & 9 we hosted our mobility budget webinar, with over 200 participants! Couldn’t make it? No worries, here’s the recap so you…
Mobility, Tips

Make the Mobility Budget work for you!

The health crisis due to COVID-19 has brought mobility to an abrupt and unprecedented level. In addition, with the end of Cash for Car, there's a few weeks left to anticipate your mobility devel...
Mobility Budget, Mobility

SKIPR SA/NV, a public limited liability company (“société anonyme” / “naamloze vennootschap”) organised and existing under the laws of Belgium, having its registered office at rue du Belvédère 29, 1050 Brussels (Belgium), registered with the Register of Legal Entities of Brussels under enterprise number 0712.537.551; is a company registered with the French regulator “Autorité de Contrôle Prudentiel et de Résolution”, as visible in the register of financial agents (www.regafi.fr) under identifier 85801, as payment services agent of the electronic money institution Treezor, with registered office at 33 rue de Wagram, 75017 Paris.